ON 30 October 1992 the Japan-China joint expedition to Namcha Barwa climbed the peak at 12.09 p.m. The then highest virgin peak in the world was climbed by 2 Japanese and 3 Chinese. The second summit team of 3 Japanese and 3 Chinese reached the top at 2.30 p.m. This was a great success for this joint expedition and a great achievement for the Chinese and Japanese mountaineers. The expedition was jointly led by Jiro Yamada, President of the Japanese Alpine Club and Losang Dawa, Vise Chairman of the Chinese Mountaineering Association.

Namcha Barwa (7782 m) is situated on the eastern edge of the Himalayan range at latitudes 29 37' 51" N and longitudes 95 3' 31" E. It is an independent peak surrounded by the Yarlung Zangbo river. It drives an arc around the peak and flows into river Brahmaputra. This is a separate and independent peak which rises 6400 m above the virgin forest along the Yarlung Zangbo river. It has 4 ridges each joining at the summit. The south ridge and the northwest ridge spreads itself like a big eagle just about to take off. Namcha Barwa is in a restricted area deep in Tibet. Many mountaineers all over the world had longed for this mountain with a romantic zeal which was created by the mysterious photographs of Bailey's British expedition.1 He introduced us to this mountain of blue poppies. Two attempts were made by the Chinese Mountaineering Association to climb Namcha Barwa in 1983 and 1984. They could not find a route to descend to the col between Naipun peak (7043 m). and Namcha Barwa to proceed to the main summit. In 1990 the Chinese Mountaineering Association decided to allow expeditions to this lovely peak and the Japanese Alpine Club was selected as their first climbing partner. Thus the first Japan-China joint expedition to Namcha Barwa was organised. In late autumn 1990 the joint reconnaissance party consisting of 10 members scouted the west-northwest ridge. They gave up on this ridge because of uncertain snow conditions and frequent avalanches. They then followed the south ridge which the Chinese party had taken in 1983 and 1984. C5 (6900 m) was pitched on the ridge of Naipyn peak. They found a route to descend to the lowest col (6700 m) between Naipun peak on the summit of Namcha Barwa. Thus they opened the route for the final summit climb for the main expedition party in 1991.

Another Japan-China joint expedition to Namcha Barwa in 1991 set up their last camp at this col between Naipun peak and Namcha Barwa in November. They made two attempts and on 24 November they had to stop at a point 220 m short of the summit. The violent winter wind and frequent snowfall was too much to bear. Hiroshi Onishi (27) their key climber was killed by an avalanche on 18 October on the south ridge. The second expedition was planned for the autumn of 1992. This would be the last chance for outsiders to climb this peak. Namcha Barwa was to be closed again from 1993. The second expedition was organised in the same mode as the first expedition. The actual climbing party consisted of six Japanese members led by Tsuneo Shigehiro and six Chinese members led by Sang Zhu. There were 60 supporting members.

To take advantage of the good weather immediately after the monsoon they started their expedition above the base camp from 15 September. This was much earlier than the last year. However spells of bad weather forced them to stop climbing and defeated their two attempts. They waited at the high camp with perseverance for good weather.

The weather at last cleared on 29 October and the first summit team started from their last camp (C6) from the col. They broke through the difficult rock band with hard work and opening the route in succession they advanced slowly. There was deep snow above the rock band which hampered their movement. As evening fell they had to bivouac at 7600 m and luckily it was a dear night with excellent weather and no wind. The next day they stood on the summit at 12.09 p.m. They were Kazuo Yamamoto (46), leader of Japanese team, Hiroshi Aota (34), Atsushi Yamamoto (30) the Japanese, Jiabu (34), leader of Chinese team, Chirenduoji (36) and Biamba Zaxi (28) - the Chinese members.

One of the major factors for the success of this expedition was the study of weather based on our previous expeditions of last two years. The weather expert at the base camp analysed local weather patterns with other data from the weather satellites sent from Japan on a day to day basis. This information proved very effective in deciding the tactics to be used to climb this mountain. Without such scientifically analysed data about the weather the party would not have been able to wait for good weather at C6. They suffered the storm calmly with the knowledge of good weather coming soon. Each Japanese and Chinese member had long experience on joint expeditions between the two countries since 1980. This led to good teamwork and greater reliance on each other. Without these two factors Namcha Barwa would not have been climbed.

Namcha Barwa is now unveiled and no peak higher than it now remains virgin, but still Namcha Barwa will attract mountaineers for many years as a mountain of unique difficulty and situated in a very remote yet prominent place. 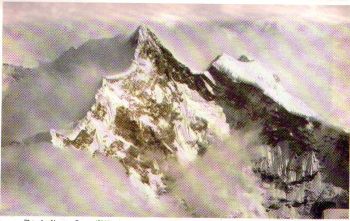 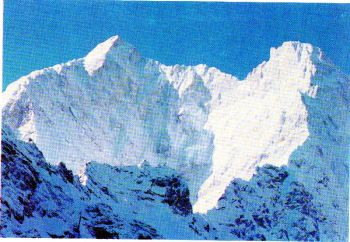 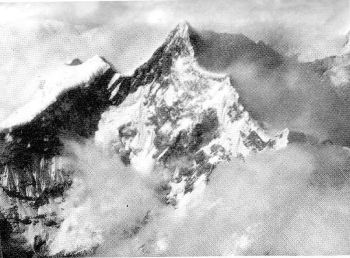 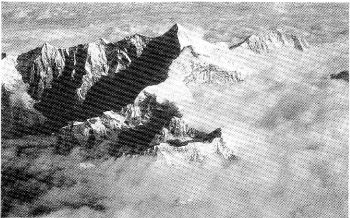 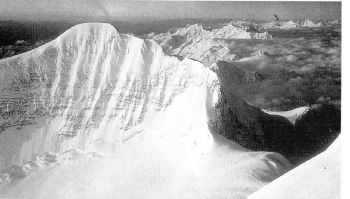